Continued from Hoaxes From Space: The Montauk Project

Is there any chance the Philadelphia Experiment really happened, and that a lot of dumb-a** hoaxes have become attached to it?

Not really. Given the amount of time and money that the military-industrial complex devoted (and still devotes) to nature’s version of invisibility – plain ol‘ camouflage – they haven’t been able to make big stuff literally disappear yet. They’re working on small-scale invisibility with groovy metamaterials, though.
The only eyewitnesses to the supposed disappearance of the USS Eldridge are lifelong pranksters and hoaxsters fascinated with UFOs, alternative energy, and mind control.
There is one tantalizing possibility concerning the experiment, but I’m sorry to say it still doesn’t involve a disappearing ship. In the early ’40s, some of the greatest names in American sci-fi literature were serving in or working for the Navy, and were stationed at the Naval Air Experimental Station at the Philadelphia Navy Yard: Isaac Asimov, L. Sprague DeCamp, and Robert Heinlein (as a civilian engineer). L. Ron Hubbard was also there for a time, before heading off to California to do other stuff. It’s tempting to speculate that some of these guys were chatting about their fiction one day, and were overheard by a young merchant marine sailor with a penchant for tall tales, one Carl Allen…
But as for anything really happening? Naval records, as well as the recollections of sailors known to have actually served on the Eldridge, show that it never even docked in Philly during WWII. No one has identified even one of the sailors who went insane and ended up in mental institutions. No record of the Cameron brothers and their sinister father exist. And Aleister Crowley never mentioned anything about meeting Preston Nichols, a traveler from the future.

If it was all such an obvious hoax, why is the story still believable to so many people?

First of all, it’s a pretty good story. It’s spooky, it’s science-fictiony, and it’s a hell of a lot more intriguing than Bigfoot poop. Secondly, the Navy’s initial interest in the story lent it a great deal of credibility – even though the officers who commissioned the Varo Edition were merely acting on their personal fascination with flying saucers. Then several mass market paperbacks lent the tale some more credibility. Thirdly, while nearly everyone has heard of the Philly Experiment, who knows the name of Carl Allen, an obscure Pennsylvania drifter and prankster? As Swift put it, “Falsehood flies, and the truth comes limping after.”
I’m happy to report that the truth is finally putting on its pants, though. The History Channel program History’s Mysteries did a show on the Philly Experiment, and included the full background of Carl Allen and his hoaxes.

Who is this Al Bielek, anyway?

The funniest, saddest aspect of the entire Philly Experiment/Montauk Project hoax is that Bielek, Duncan Cameron, Preston Nichols, and their cohorts have already told us exactly who they are and everything we need to know to realize they’re full of sh**. Cameron freely admits he’s way too young to have been aboard the Eldridge during WWII, and explains that away with a very complex and retarded story about the government using alien technology to capture and store his soul until it could be implanted into his own younger brother.
Bielek admits he was working a day job in California for the duration of the Montauk Project. Lucky for him he had special access to every commuter’s wet dream, a secret high-speed underground magnetic levitation train! But as with Bob Lazar moonlighting as a photo developer while reverse-engineering extraterrestrial craft, I have to wonder why the hell the government didn’t just make Bielek quit his job in Cali, transplant to the East Coast, and take another mundane cover job closer to the Montauk facility. That would have cut down his commute, which was still two hours cross-country.
Some of Bielek’s real history can be found at a site called Bielek Debunked, but be aware that the creator believes the Philly Experiment really happened – Bielek just wasn’t involved in it, in his opinion.

I suspect that Bielek and Nichols hooked up through their involvement in the Psychotronics Association, shared their fascination with all things fringy, and decided to create a personalized sci-fi mythos that could get them some attention, some cash (Nichols’ three books on Montauk, co-authored with Peter Moon, are still in print and available at just about every New Age bookstore), and of course some cheap entertainment. What did they have to lose?

Is there any evidence that mind control and/or time travel experiments were secretly conducted at Camp Hero (Montauk) after it was shut down in 1981?

Aside from the “eyewitness testimony” of Preston Nichols, Stewart Swerdlow, and a few other men, no.

After serving its purpose as a coastal bulwark and a nuclear-detection facility throughout WWII and most of the Cold War, The Montauk Air Force Station was considered borderline obsolete and was shut down. Spy radar had replaced its SAGE radar. By the time it was supposedly serving as headquarters of the Montauk Project, Camp Hero’s old radar system had been disabled and the area was a state park.
Even if you found Preston Nichols’ stories of Drano-chugging lizard men believable, the fact that he represents them as repressed memories is problematic. Sure, the military could use some of its cool alien technology to wipe his memory banks, but how did he recover those memories such a short time later?
Swerdlow now makes his living giving workshops on how to overcome and combat mind control.

Is time travel even possible?

Technically, surprisingly, yes. Check out Michio Kaku’s Physics of the Impossible. Or watch Lost: The mechanism that transports islanders to Tunisia in the blink of an eye probably creates a wormhole through space/time, as the island has both a sufficiently enormous electromagnetic force and a natural Casimir Effect, which generates the exotic matter needed to stabilize a wormhole.

How about age-regression technology?

I sometimes doubt that age-regression technology of the kind described by Bielek will ever be perfected, but then I look at Sarah Brightman and reconsider.

9 thoughts on “Hoaxes From Space: Lingering Questions About the Philadelphia Experiment and the Montauk Project” 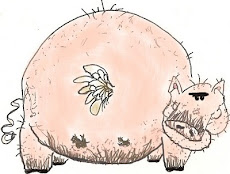