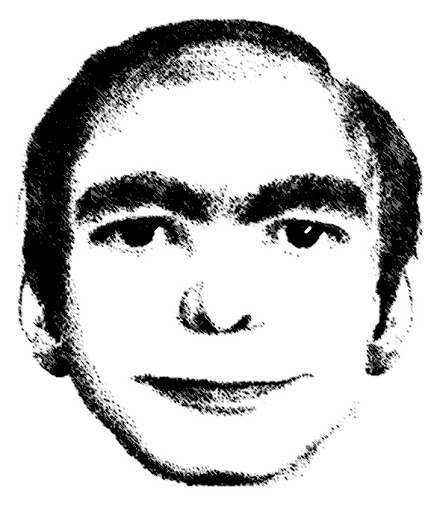 A peculiar website, thisman.org, is asking everyone if they have ever dreamed of a certain unknown man (pictured below in an artistic rendering). The story goes that in 2006 a psychiatrist’s patient – name and location not given – dreamed of this man several times and created a picture of him for some reason and gave the drawing to her psychiatrist. For some reason. This man had given her helpful advice in her dreams, so I guess she figured this had therapeutic implications. For some reason.
When another patient spotted the picture, he recognized the guy as someone who had appeared in his dreams, too. This doesn’t seem like a very compelling coincidence to me (“I see balding unibrows in my sleep!”), but the psychiatrist decided to distribute the picture to colleagues to find out if their patients were seeing the same man in their dreams. Supposedly, over an unspecified period of time, 2000 people reported recognizing “This Man” from their dreams. Hence the website. 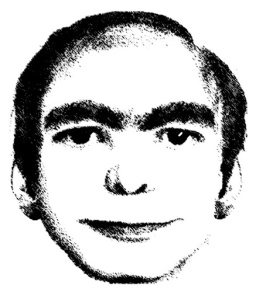 I’m guessing this is viral marketing for an upcoming indie movie involving dreams, capitalizing on the mysterious success of Inception. Tip-offs:

Update: I was close, but not quite there. This Man is actually a hoax concocted by Italian marketer Andrea Natella of Guerilla Marketing. It doesn’t seem to be connected to any specific project; Natella sometimes just creates viral content for the hell of it, and was a part of the Luther Blissett Project.