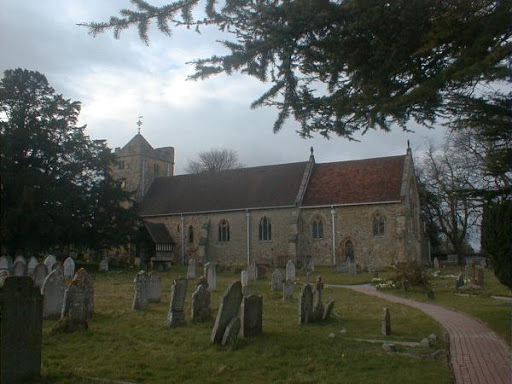 In the spring of 1983, an unassuming, middle-aged fellow by the lofty name of Derry Mainwaring Knight appeared in Newick, East Sussex, and began attending the local Anglican church, St. Mary’s. He became a regular at Bible studies and prayer meetings. He offered to hand out Christian tracts.
He told the late vicar, John Baker, that he had been born again in jail (he had just been released from Hull Prison after serving time for a rape conviction). His sincerity and eagerness to devote himself to his newfound faith must have touched Reverend Baker deeply, because he did everything in his power to help the ex-con. When Knight said he was homeless, Baker gave him a room in the rectory attic, rent-free. When Knight said he was desperately short of cash, Baker promptly raised over £6000 to put toward the newcomer’s debts. 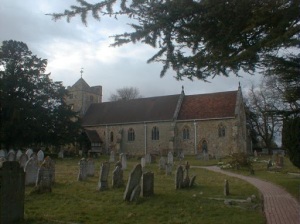 That’s when Knight began to show symptoms of demonic possession, lapsing into strange trances and talking about the Devil.
During one such spell, he revealed to Baker that he was the grandson of a sorceress who groomed him from childhood to be a great Satanic leader. When he was just eight years old, Granny informed Derry he could enter into communion with the Devil himself if special platinum plates were surgically implanted in his skull. The plates were installed, and just as Granny promised, Derry was able to communicate directly with Satan. As an adult, he become a high-ranking member of a secretive but powerful cult.
When he came out of his altered state, Baker repeated all this to Knight and asked him if it was true. Yes, Knight admitted, it was. For years, he had been struggling to break free from a Satanic cabal that operated at the the highest levels of English society.

The son of a pastor, Knight had been raised in Germany. Lucifer manifested in his bedroom one night to claim him when he was nine, he told Baker.

Now, Derry claimed, he wanted to destroy his own devil-worshiping sect from within. He wanted to rid himself of demonic possession. He wanted to pay off his debts to cult members, so they could no longer hold sway over him. He wanted to bring other Satanists out of occult slavery. He wanted to destroy unholy Satanic regalia. To do all that, though, he would need funds. Major funds.
Over the next several months, members of St. Mary’s Church and other area residents donated a staggering sum (over £300,000) to Knight’s anti-Satanic crusade. The county high sheriff gave over £83,000 pounds. The wife of millionaire Tory MP Timothy Sainsbury ponied up nearly £120,000 pounds. Anthony David Brand, Lord Hampden contributed a Rolls-Royce with state-of-the-art communications equipment so that Knight could continue to pose as an affluent Satanist-about-town. The bishop of Lewes wrote a letter on Derry’s behalf, requesting donations for his “necessary work”. In November 1983, Reverend Baker secured a £25,000 loan from a Christian charity and handed it over to Knight. 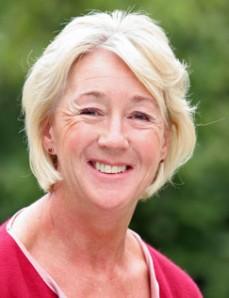 Where did all this money go? Knight claimed to be buying up Satanic paraphernalia such as talismans and robes, expressly to destroy them in dramatic ceremonies. He explained that some of these items were being used to magically influence him, keeping him tied to Satan; the objects would send “signals” to the plates in his head. Oddly, no one suggested he simply get the plates removed.
On one memorable occasion, Knight flung a golden scepter into the Thames. Another time, he and the Reverend Baker carried a silver chalice into the church garden and crushed it.
At the time of his arrest in 1985, Baker was in the process of raising £20,000 so Knight could acquire a “Satanic throne” from a lavish temple in Pall Mall.
The members of St. Mary’s didn’t get to see a lot for their money, but they treasured the satisfaction of knowing they were literally buying a man’s way out hell. Like shareholders, they held regular meetings so they could be briefed on Knight’s progress.

No one in the Newick congregation was aware that Knight had just been sprung from prison after a rape conviction. Nor that he had prior convictions for fraud and robbery. Nor that he was an out-of-work housepainter in spite of his cult’s supposed affluence.
Clearly, he was still in Satan’s grip and needed all the help they could give him. Sometimes he would collapse to the ground in a deep trance, muttering Satanic incantations.

The first person to hear serious alarm bells in his head was the Bishop of Chichester, the late Eric Kemp. The septuagenarian bishop caught wind in the summer of 1985 that congregants in Newick were throwing fat sums of money at a Satanic double agent, and didn’t think it sounded quite right. The double-agent thing was sensible enough, he thought, but the donations seemed excessive.
The alarm bells turned to sirens when Derry himself told Kemp he had been initiated into Satanism by a defrocked Catholic cardinal. As Bishop Kemp knew, no English cardinals had been defrocked in the ’50s.
Kemp believed the Charismatic movement, which was popular among certain Anglicans at that time, rendered Christians vulnerable to this sort of deception. They focused on the ubiquity of evil until they convinced themselves that things like mind-control scepters and telepathic head-plates could really exist. They also convinced themselves that God was speaking directly to them, exhorting them to help scammers like Knight in His name.

A church investigation, conducted by a retired bishop, uncovered Knight’s police record, and Newick authorities were notified. Inspector Terrance Fallon concluded he was dealing with your typical con man – Derry was just luckier than the usual crook, having stumbled onto a community of kind-hearted and extraordinarily gullible people with scads of money. The donations had gone straight into Knight’s own pocketbook, usually manifesting as gifts for “lady friends”, high-end car rentals for himself, and posh parties. On one occasion, he chartered a champagne steamboat cruise along the Thames for one hundred guests. The Anglicans were not invited.

Knight, under Inspector Fallon’s questioning, played the innocent. Sure, he had asked the vicar for some cash to pay down a debt, and chatted with him about black magic and Satanism because Baker was “interested in that sort of thing”. But he never asked for another handout, he insisted. The Anglicans were so keen to squash Satanic evildoing in their area that they plied him with fistfuls of money every time he showed up for a prayer meeting, begging him to do something about the occult menace. (1)

As it turned out, Knight had a colourful history of scamming Christians out of their money. He had been dishonorably discharged from the Coldstream Guards for defrauding a fellow out of thousands of marks.

When the Anglicans of Newick learned about Knight’s real past, and his Larry Flynt present, most of them wisely faced the fact they had been scammed. Many of them testified against Derry at his 1986 trial. So did local jewelers who had been hired by Derry to craft peculiar-looking scepters and medallions out of gold and silver.
Church member Randle Mainwaring (no relation) testified that Knight once proposed sexually blackmailing a local bank manager to raise funds for his anti-Satanism campaign.

But others stubbornly maintained that Derry had been doing God’s work, and should never have been arrested. Michael Warren, who lost £36,000 pounds to this “work”, vociferously defended Derry from the witness stand and warned the court that Satanism was “very much a potent source of evil in this country”. (2)
Reverend Baker, too, remained certain that Knight’s life was imperiled by devil-worshipers. On the witness stand, he refused to name the items he and Derry had destroyed, for fear he and others would be “shot or disposed of in some way” by cult leaders for revealing details of their ritual implements. (2)

Though Knight admitted to Inspector Fallon that he wasn’t a Satanist, just the recipient of something like compulsive philanthropy, his trial defence strategy was to declare himself a member of a cult called “The Sons of Lucifer” and bring out shocking testimony that would blow the lid off Satanic doings at the highest levels of English society. He “outed” two Tory politicians (William Whitelaw, Enoch Powell) and one Labour MP (Leopold Abse) as cult members.
He declared he would have no need to bilk money out of churchgoers, because he was a successful pimp.
Derry Mainwaring Knight was convicted of nineteen counts of obtaining money by deception and sentenced to seven years in prison by Judge Neil Denison. He also received a £75,000 fine.
After his conviction, his own mother claimed he had conned her out of a large sum of cash.

Reachout Trust, a UK organization dedicated to fighting the occult, listed Derry Mainwaring Knight’s story as evidence that ritual abuse was really occurring in England in the ’80s, and with Reverend Kevin Logan produced a tape titled Set Free in Christ. In the video, a woman identified as Peggy Knight claimed she was Derry’s mother and a born again Christian. She said the cult Derry betrayed still posed a serious threat to the entire family.
Logan also included the Knight story in his 1988 book Paganism and the Occult, though he obscured the names and details. In this book, Logan stated that every city and major town in the UK contains a “small exclusive coven made up mostly of people in the professions.” (3)
Logan was heavily involved in UK Satanic panic; one of his most tragic Satanic ritual abuse misadventures is described in my post on Doreen Irvine. We’ll see Logan and Reachout Trust again in the next part of this series, dealing with “former Satanist” Audrey Harper.

Today, professional conspiranoid David Icke still considers Derry Mainwaring Knight a valuable Satanic whistleblower: “Willie Whitelaw, a chairman of the Conservative Part, was named as a leading Satanist by self-confessed Satanist, Derry Mainwaring Knight, at Maidstone Crown Court in 1986. As usual, nothing was done about it. Mainwaring-Knight lived near East Grinstead, one of the centres of Satanism in England.” (4)

Is it possible that Derry Mainwaring Knight really did practice Satanism with high-level politicians, when he wasn’t scamming churchgoers? No. The fact that he had to manufacture Satanic paraphernalia in order to destroy it indicates he didn’t have access to any real stuff. At one point he claimed to be a member of the Ordo Templi Orientis, an occult organization, but this wasn’t verified. That’s probably why he chose not to mention the OTO at his trial. There is no known Satanic group called Sons of Lucifer, and no grand Satanic temple exists in Pall Mall. “Nothing was done” about his courtroom accusations against Whitelaw simply because no one, barring a country vicar and a few Charismatic believers, found his tales remotely credible.

Due to the prominence of Knight’s victims and the sheer wackiness of his scam, the outcome of his trial was covered by all the major English daily newspapers. The affair should have staunched the spread of Satanic panic in the UK, but sadly it did not. Stories of former Satanists and ritual abuse survivors, which were every bit as spurious as Knight’s Sons of Lucifer nonsense, continued to flow through the media like a diseased river, polluting minds and sweeping innocent people into whirlpools of persecution.