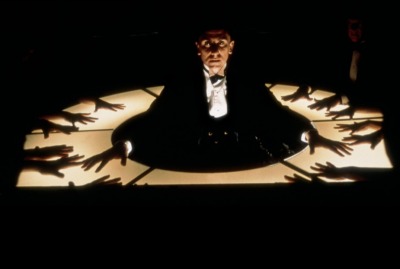 The biggest fail is the late Terence McKenna’s Timewave Zero prediction. First published in 1975, it was predicated on McKenna’s complex novelty theory about the cyclical nature of time, and guesstimated that some kind of awesome singularity would occur in December 2012 (the date was based partly on his own calculations and partly on the Mayan calendar). Just how the arcane ramblings of a chemognostic savante ended up on Discovery Channel specials and in Britney Spears videos is beyond me, but the bottom line is: Nothing happened. No singularity. So let’s move on to that dagger-nailed doyenne of prophetic fail…

Browne played it safe last year by making many of her 2012 forecasts hilariously vague. She asked us to “be mindful of trucks”, said she’s “still worried about trains”, and spoke of “airline difficulties” in several states. Which basically amounts to 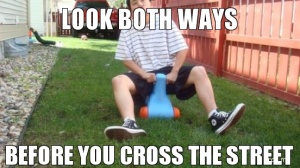 She has stayed away from celebrity predictions altogether lately, since her 2009 prophecy about Clint Eastwood’s varicose veins failed to impress.
Her big prediction was that the economy, the job situation, and the housing market would all improve dramatically. Oh, and taxes would decrease. If by “dramatically”, she meant “somewhat”, then I guess this qualifies as a direct hit. Vagueness occasionally works in her favour.
When she was any more specific than that, she bombed. Here are a few of her biggest misses:

There will be a tsunami in Florida in the fall.
A cure for Multiple Sclerosis will be found.
Obama will not be reelected.

I’ve skipped most of her weather-related predictions, because they’re basically just variations of “There will be weather”. Glue some fake fingernails on your copy of the Farmer’s Almanac to achieve the same effect.

A few of her predictions did nothing but betray her uneven grasp of the sciences:

Weather stays terribly erratic. We are in a polar tilt.
The hell is a “polar tilt”?
We have to be more cognizant about vaccinations or we are going to have more outbreaks of measles, polio and whooping cough. These vaccines do not cause autism.
You don’t have to be psychic to know this.

A few of her predictions were just nonsensical:

We will pay more attention to causes for eliminating hunger and animal care.
“More attention” than what? No attention at all?
More people realize this is a new age of enlightenment.
Again with the “more” thing.
We are looking at a time when spirituality is on the upswing.
Dogmatic religions will see their member numbers decrease.

Those last two statements actually contradict each other. Historical trends indicate that in times of economic crisis, spirituality and dogmatic religions flourish. When things get better – as Browne was predicting they would – religious fervour tends to wane. So the chances of a spiritual revival and an economic upswing occurring simultaneously are actually quite slim. Play the odds, Sylvia, play the odds.

Belgian author Patrick Geryl seems to be a cross between the poor man’s Velikovsky and Charles Manson. His website looks sort of sciency, but the core of Geryl’s predictions have nothing to do with science.
Geryl claims he uncovered long-lost prophecies of the ancients by deciphering parts of the Dresden Codex in his own special way.  He combined these prophecies with his own astronomical observations to come up with the following predictions:

Some kind of solar Armageddon event Geryl called the “killer flare” was supposed to happen on December 20.

Within a few hours, Earth would be surrounded by a plasma cloud with a magnetic field that would “deflect” the earth’s core, causing it to rotate. Since the rotation of the core and the movements of the earth’s crust would be in different directions, massive earthquakes and other upheavals would occur, culminating in something along the lines of

Geryl and his handful of followers bunkered up and prepared for the endtimes, thinking they would have to repopulate the ravaged planet and rebuild civilization from scratch. Fortunately for Geryl, all he really has to do in 2013 is get a new domain name.

Ed Dames and other Remote Viewers

On the October 6-7, 2011 broadcast of the paranormal-themed radio show Coast to Coast AM, professional remote viewer Ed Dames predicted a 40% unemployment rate, the imposition of martial law, and mass detainment in FEMA camps within the next two years. He said he didn’t believe there would be a presidential election in 2012 as a result of all this.
Back when he started predicting the “Killshot” (yet another solar flare that was supposed to destroy Earth), Dames’ crack team of remote viewers “saw” a bombed-out stadium and “many thousands” of dead Americans in relation to some unspecified disaster that Dames thought might strike during the Superbowl or the 2012 Olympics. Keep in mind that this guy used to claim a 100% success rate for properly-conducted remote viewing.

In 2008, similar predictions were issued by a team of other military-trained remote viewers working on a project for the Farsight Institute. They were supposed to be remote-viewing climate changes, but instead “saw” a huge meteorite slamming into an ocean, causing tidal waves and volcanic explosions. This would happen by 2013, they said.

For pure psychic lulziness, check out this About.com roundup of predictions from “leading” psychics, ranging from “gold disappoints” to “the Holy Grail will be found”. Here are a few of the highlights:

“Psychic to the Stars” Nikki

These are some of the flat-out weirdest predictions I have ever seen. Nikki seems to be predicting cataclysmic, earth-shattering events on the order of 2012 or Birdemic, but she also takes time out to let us know what will be on TV. Sure, most of us will die, but Ellen stays on the air! And Stallone gets a Tony! So it’s all gonna be okay.

I’ve tweaked Ms. Nikki’s predictions a little, because as written they look like drunk texts.

An earthquake will destroy most of Mexico City.
There will be a giant earthquake in California.
Animals and birds, wild and domestic, will attack people leading up to the end of 2012.
Someone will find giant prehistoric Sea Monsters under the sea.
There will be major UFO sightings all over the world. A spaceship might land.
North Korea will attack South Korea and Japan.
There will be an attack on the Vatican and the Pope.
Earth will fall off its axis a little more.
The Holy Grail will be found.
A plane crash will crash into the White House.
The map of the world will change because of catastrophic events happening in the world.
Ellen DeGeneres will join the army for one week.
Sylvester Stallone gets nominated for a Tony Award.
Madonna will break a leg.
There will be a National Hockey League for women.

The Psychic Twins look kind of like the little girls from The Shining, all grown up and full of shit. They claim to be the world’s “most documented” psychics, with accurate predictions of 9/11 and the May 2000 stock market crash. So how did the creepy duo make out in 2012?

Terrorist attacks are planned for New York, Washington, Boston, Texas and Florida, but most of them will be thwarted.
Economic growth; no recession; unemployment stays about the same.
Letting go a negative patterns; more acceptance of positive patterns and choices.
Earthquakes in Mexico, eastern and western China, and in Los Angeles in April.

Don’t be sad that the good predictions didn’t pan out. I’m sure the Grail, sea monsters, and “positive patterns” will turn up this year. And even if they don’t, there’s still lots of fun stuff in the future. I, for one, am looking forward to mocking the hell out of Mike “The Health Ranger” Adams’ 20 Dark Predictions for 2013, the Year of Oppression and Insanity, in 2014.